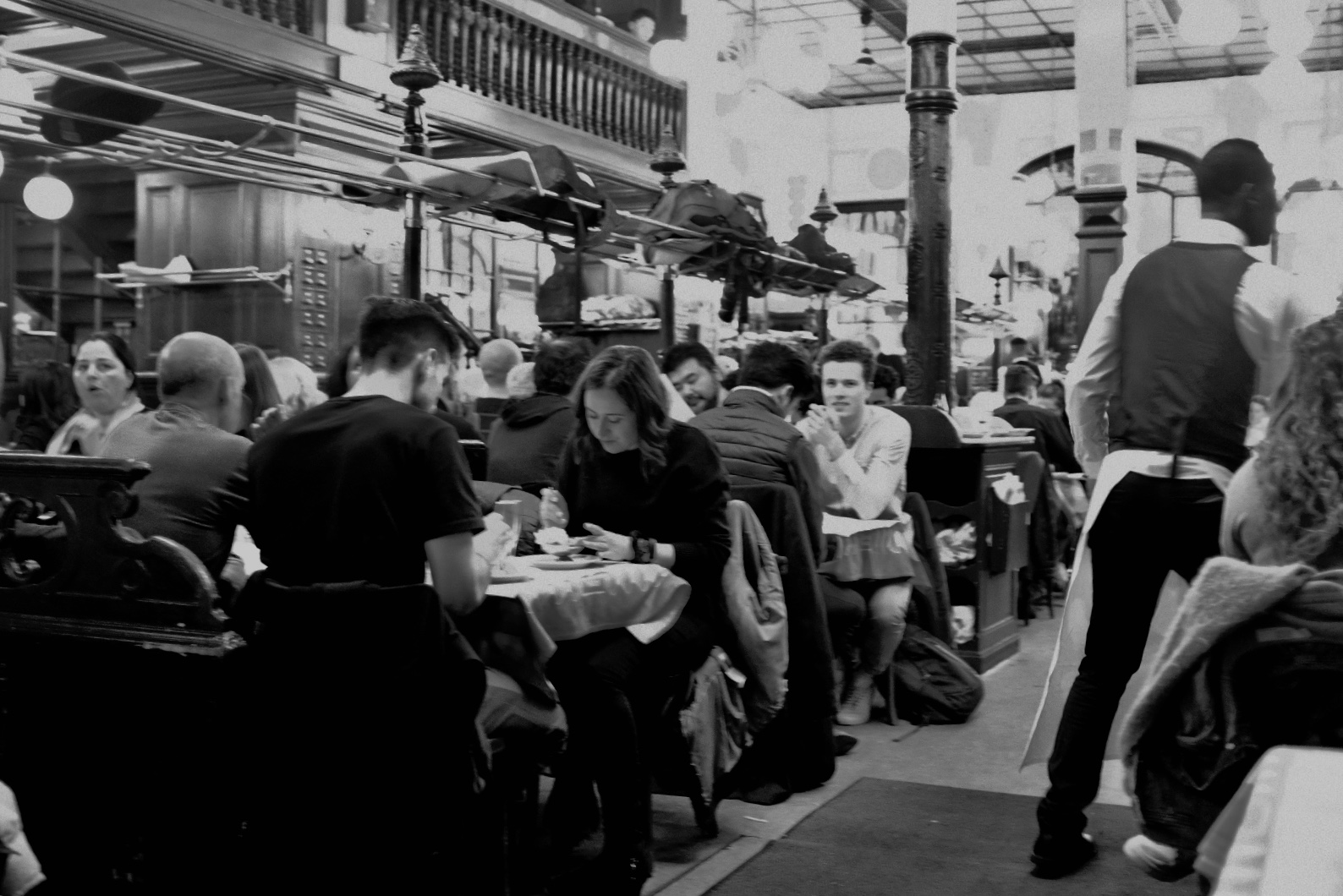 This venerable Parisian restaurant offers traditional French cooking in a glorious room and at a very affordable price.

A few months ago, I had the chance to stay in Paris for a few days. And despite not being the foodie capital of France (Lyon is), it always gives me the opportunity to revisit some good old places, as well as to try some new ones. So, from the obvious to the unexpected, here are some of my addresses if you were to venture out in Paris.

As this blog’s definition is “Adventures in food”, I’ll start with an iconic place: Le Bouillon Chartier.

Don’t get me wrong, you go to Chartier for the decor and the atmosphere, and the pleasure of sharing a simple meal. And if the food is nothing like a Michelin-starred restaurant, it is true to the essence of what the first “Bouillons” intended to offer: a good, honest meal at a cheap price. And, although some tourists do visit Chartier, its loyal local clientele go so far as to keep their own personal napkins at the restaurant.

Chartier is one of the last of its kind. Built in the late 19th century, the decor hasn’t changed a bit since then. The stunning room takes you back to a bygone era, and you can’t help but think about all the people – from the ordinary to the illustrious – who came here one day to share a meal with friends.

That day, I was on my own and – as I expected – I was placed placed on a table of four: a glamorous Moroccan couple, and a young single Chilean traveller would be my companions for the evening. And that’s part of the magic of this place – even if you’re on your own, it’s all about sharing.

Well…it’s simple food. Yes, it’s cheap. Yes, it’s French, utterly French. Yes, it’s all fresh products and cooked on the premises. On that evening I went (remember this when I give you the price!), I had “Escargots” as a starter (snails in garlic butter), followed by a grilled “Andouillette” (a large sausage made out of offal such as tripe) with a thick and creamy grainy mustard sauce and frites…I told you it’s utterly French! It was tasty, well cooked and came as a generous portion. Still, you can play it safe with an egg mayonnaise and a roasted half-chicken if you want. It’s a question of choice and taste. The menu changes every day – depending on deliveries or the season – but you’ll find a large choice and certainly something to accommodate your tastebuds. As for my dinner, it came to just 16€ – including a 50 ml pichet of red wine for 5€. Beat that!